gmp Architects and Speech Architecture used over 10,000 m² of W.S. Tyler Architectural Mesh as ceiling design at the Arena FC Krasnodar in Russia. 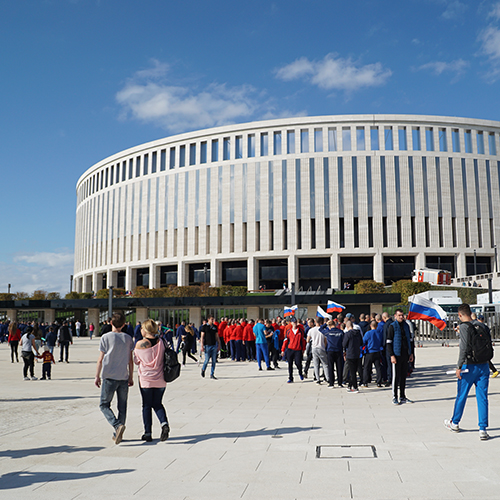 The new stadium of FC Krasnodar was designed by the German architecture firm gmp architects and the Russian office Speech Architecture. The monumental façade of the elliptical stadium is a total of 43 meters high and covered with light-colored travertine. Still under construction, the stadium has already been nicknamed the “Krasnodar Coliseum” because of its columns spread over three levels of the façade, which strongly resembles the ancient Roman Coliseum.