Located on the western side of the central historic Alter Markt, just behind the Town Hall in Cologne lies the new subway station “Rathaus”. This is one of the first new stations to open on the North-South city railway. 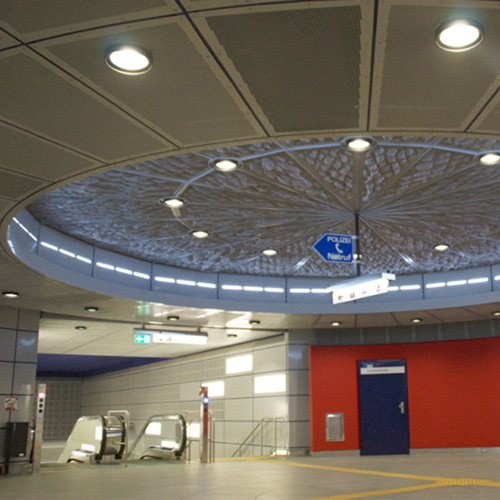 MONTANA is a stainless-steel woven wire mesh that has a distinctive three-dimensional appearance formed using a special process. The resulting unique structure provides increased surface area, making it the perfect choice for use in enhancing sound-absorption systems.

Every single mesh element was custom-made by W.S. Tyler and integrated into the ceiling structure. In total, 50 elements of MONTANA 1961 were used to create this spectacular circular ceiling. In addition, 20 mesh elements of weave type DOGLA-TRIO 1032 were used for other ceiling elements. 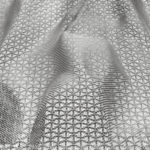